Over 100 enthusiastic supporters joined the Wild Equity Institute, Save the Frogs!, Sierra Club, Center for Biological Diversity, H.O.M.E.Y., and Action for Animals at noon today in front of San Francisco’s City Hall for the Endangered Communities, Endangered Species Rally!

In honor of Save the Frogs Day, the rally called on the City of San Francisco to close the failing Sharp Park Golf Course, quit killing endangered snakes and frogs, end the wasteful spending, and create a better public park at Sharp Park.

Alfredo Najera III of H.O.M.E.Y. talks about the monetary losses and wasteful spending associated with the unsustainable Sharp Park Golf Course in Pacifica while San Francisco community services are being cut. 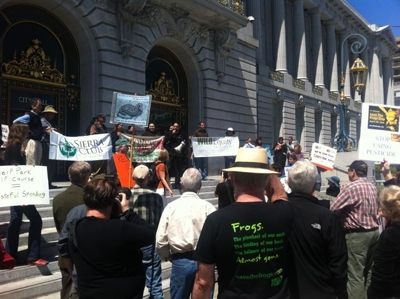 Supervisor John Avalos announced he is about to submit legislation that would close the golf course and convey Sharp Park to the National Parks Service, which would restore the park to the native wetlands that it should be. 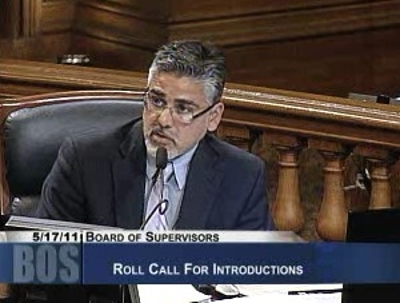 Casey Allen, a volunteer with the Sierra Club, exhorts the crowd to “take a hike” to compare Mori Point’s restored habitat to the critter-hostile setting across the property line at the golf course. 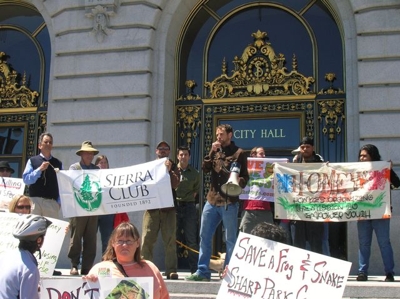 Rose Braz of the Center for Biological Diversity reviews the alarming rate of species extinction. 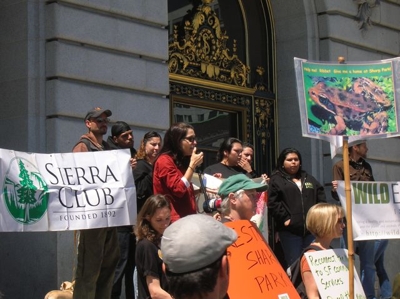 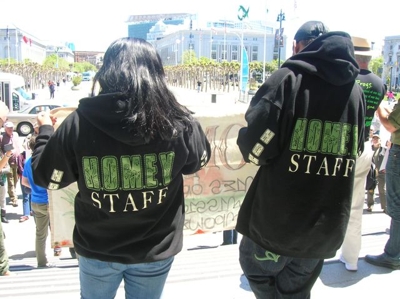 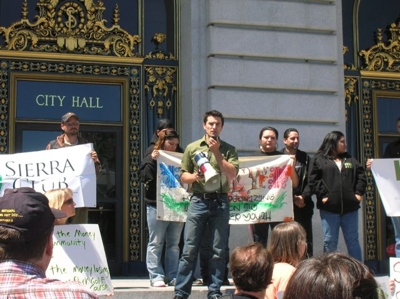