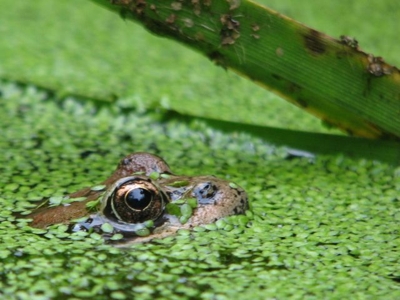 Nine leading local environmental groups have united to send a single message to the City of San Francisco: The controversial proposal to redevelop Sharp Park Golf Course does not belong in the city’s proposed Significant Natural Resource Areas Management Plan.

“We are strong supporters of the Natural Areas Plan, but including Sharp Park Golf Course would undermine the integrity and goals of the plan,” said Cindy Margulis, Executive Director of Golden Gate Audubon Society.

The groups have been active in the development of the Natural Areas Management Plan for years, as a way to ensure thoughtful, responsible stewardship of the city’s natural areas over the next two decades. Yet the plan will face broad opposition from the environmental community if it includes the Sharp Park Golf Course redevelopment.

Arthur Feinstein representing the Sierra Club, San Francisco Bay Chapter, said that, “including a golf course project in an Environmental Impact Report on Natural Areas is not only inappropriate and probably illegal, but insulting to the very purpose of the Natural Areas Program of preserving and restoring the natural habitats upon which the world ultimately depends.“

The groups cited numerous reasons, including:

· Redeveloping a golf course is not “natural area” restoration like the other projects in the plan.

· Unlike all the other natural areas, Sharp Park is located outside the City and County of San Francisco, in San Mateo County.

“Tossing Sharp Park into the natural areas plan looks like an attempt by the city to fast-track a controversial golf course renovation that would not stand up to independent environmental scrutiny,” said Brent Plater, Executive Director of Wild Equity.

The City of San Francisco is scheduled to release the Final EIR for the Significant Natural Resource Areas Management Plan late this year or in early 2016, after which it will go to the Board of Supervisors for approval.

Thanks to everyone who came out to the Salmon Hike at Muir Woods!Help Restore Habitat for Endangered Butterflies!
Scroll to top