Wednesday, June 26, 6:00pm – 8:00pm: Please join us for a screening of San Francisco—Still Wild At Heart, the award winning documentary directed by Melissa Peabody. Still Wild at Heart is a virtual case study of the arrival of coyotes in our urban communities. This film has been described as “uplifting, lyrical, moving” and “an absolute treasure of a film.”

Unfolding first in San Francisco, the film follows the story of the coyote across the national canvas—to New York City’s Central Park; to Chicago, where more than 2,000 coyotes live today; and to rural California, where sheep ranchers find promise in innovative non-lethal predator control methods to protect their livestock.

A discussion with Brent Plater of the Wild Equity Institute will follow the film.

About the filmmaker: Melissa Peabody’s credits include Turner Broadcasting (Dolphins In Danger) and an Animal Planet 13-part series (Wyland’s Ocean World), as well as many other documentaries for international TV broadcast. She is the executive producer and owner of Living World Films LLC. 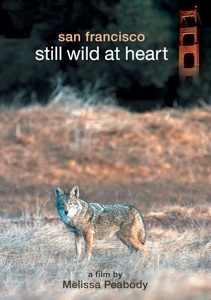 Please RSVP above to ensure we pop plenty of popcorn.

Join Wild Equity at City Hall on 6/21 at 10:00am to Stop the Bailout of Sharp...Explore the Antioch Dunes National Wildlife Refuge
Scroll to top