The Wild Equity Institute along with our partners: Sierra Club San Francisco Bay Chapter, Center for Biological Diversity, National Parks Conservation Association, Save the Frogs!, and Golden Gate Audubon have appealed the Preliminary Mitigated Negative Declaration released for the Sharp Park Pumphouse Safety and Infrastructure Improvement Project, a project led by San Francisco’s Recreation and Park Department (RPD). The appeal will go before the full Board of Supervisors on Tuesday March 25, 3:00pm at City Hall Room 250. We need you to join us at the Board of Supervisors meeting!

If the Pumphouse Project is approved in its current form it will be disastrous for the federally protected California Red-legged Frog population of the Laguna Salada Wetland Complex. The only way to get a full assessment of the significant environmental damage of the Pumphouse Project and to have an environmentally superior alternative considered is to have a full Environmental Impact Report (EIR) completed for the project.

The San Francisco Board of Supervisors has the power to order a full EIR. Our coalition has never lost a vote on this issue at the Board—so far. But we need you to attend this hearing and raise your voice for: the California Red-legged Frog, the San Francisco Garter Snake, this rare wetland complex and all of us who want a more environmentally friendly and fiscally responsible RPD. Please join us on March 25 at 3:00pm at San Francisco City Hall Room 250!

Here are some talking points to include in your comment to the Board of Supervisors on March 25:

• The Recreation and Park Department’s (RPD) Pumphouse Project proposes an invasive dredging project in a wetland complex that is the most biologically important part of RPD’s property.

• The Preliminary Mitigated Negative Declaration did not consider any alternatives to the Pumphouse Project; a full EIR is needed to adequately consider environmentally superior alternatives.

• After reviewing the mitigation proposal, the U.S. Fish and Wildlife Service stated, in writing, that it does not have the resources to implement the measures listed by RPD.

• The remediation plan for the acids that the dredging project will release into the water column has not been reviewed or approved by the U.S. Fish and Wildlife Service.

• Experts have proposed a feasible alternative to the current Pumphouse Project: allow the wetland complex’s water levels rise in spring and summer to drowned the aquatic vegetation that grows only in shallow water.

• Higher water levels will prevent the vegetation from growing back permanently.

• This alternative is the environmentally and economically sustainable plan. It would reduce the amount of aquatic vegetation in the wetland complex without harming the frog, would not require regular intensive dredging, and would cost taxpayers less money.

• This alternative will meet the project objective of eliminating aquatic vegetation and will not increase flood risks for the golf course because it will not affect winter rainy season water levels.

• RPD staff refuse to analyze this alternative, and has not presented it to the Commission or the Board of Supervisors for consideration.

• The Board deserves to at least have this less harmful alternative reviewed before it approves such a controversial project in RPD’s most ecologically important asset.

• Experts have stated that even a mitigated Pumphouse Project will have significant negative effects on the local California Red-legged Frog and San Francisco Garter Snake populations.

• Experts have stated that the Pumphouse Project will have significant environmental effects on the water quality and hydrology at Sharp Park.

• The overgrowth of vegetation in the wetland that the Pumphouse Project proposes to remove was itself caused by mismanagement of the wetland.

• Sharp Park is suffering from a piecemeal approach to planning.

Download a summary of the appeal here. The full appeal is available in three parts: Part 1, Part 2, Part 3 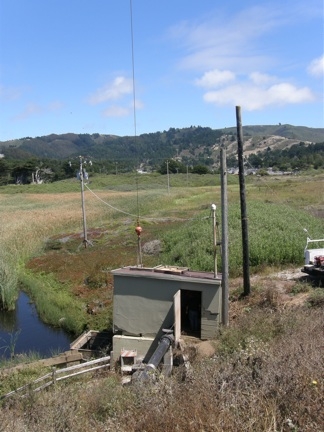 Movie Night + Discussion with Film DirectorEnvironmental Groups Will Ask Board of Supervisors to Reject Misleading Environmental...
Scroll to top