In late October of 2012, Wild Equity Institute Executive Director Brent Plater was invited to a weekend workshop to discuss the future of the conservation movement with luminaries in several environmental fields. The following essay is one of several products we’ve produced based on that workshop. 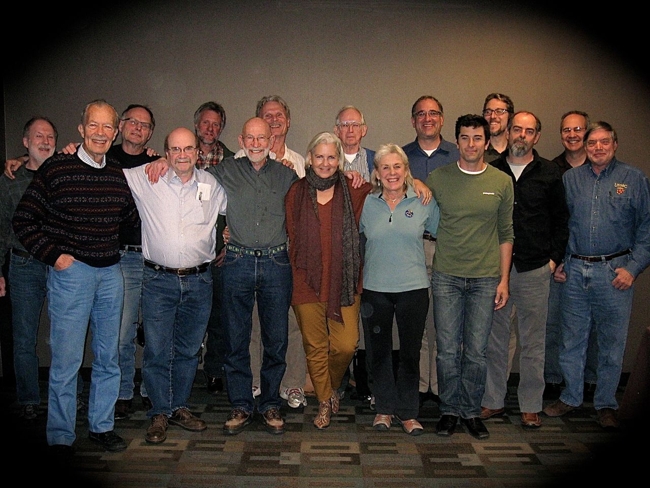 In a recent issue of Around the Campfire, Dave Foreman—a co-founder of Earth First! & the Wildlands Project and author of Confessions of an Eco-Warrior—wrote a provocative essay titled The Myth of the Environmental Movement. In it he suggests that the conservation movement and the environmental movement are two distinct—and very different—movements.

The Wild Equity Institute believes Dave’s article is on to something—it’s true that our use of the words ‘conservation’ and ‘environment’ has become sloppy, and they can often mean conflicting things to different people.

But what creates fissures within the broader conservation/environmental movement isn’t found in the movements’ focuses—which Dave suggests are wildlife on the one hand, people on the other—but in their reason and rationale for existing: their ethical foundation.

The Wild Equity Institute illustrates this point concretely. We believe that stopping extinction is a moral imperative-–not because it is good for people, but because it is wrong to cause species to go extinct when extinction rates are exceptional. And today extinction rates are exceptional—orders of magnitude larger than the background rate of extinction. However, for others preventing extinction may be a utilitarian exercise: they may believe it is wrong to let species go extinct because this or that species may have some human use.

A utilitarian conservationist is likely to conflict with an ethical conservationist in many cases. For example, if a particular species has no demonstrable value to people or the ecosystem services upon which we depend, a utilitarian point of view might suggest we should allow the species to go extinct, even as the ethical conservationist argues the opposite point. Yet because the object of concern—other forms of life—is one and the same for both the ethical and utilitarian person, it seems logical, at first blush, to consider both to be part of the same movement. Indeed, the Endangered Species Act’s legislative history reflects both moral and utilitarian reasons for conserving wildlife and plants.

The same division exists within the environmentalists/conservationists that focus on human well-being. Some people advocate for improved quality of life because they believe it is wrong to cause harm to other people by polluting for profit. The environmental justice movement is the most obvious example of this ethical concern, but nearly any other segment of the environmental movement can be described as trying to protect those without political power (consumers, kids, etc.) from those with it (agribusiness, petrochemical companies, etc.). But there are also people who are involved in human health movements simply because they want to breathe clean air, or drink safe water, or ensure that they have a safe place to recreate. This is a very different—largely utilitarian—rationale for the same environmental concern.

We believe our own mission helps demonstrate how this is so. The Wild Equity Institute believes that the shared moral foundation in our movements is equity: the creation of a more just and fair world. Our equity-based concerns are easily seen in the environmental justice movement’s focus on the inequitable distribution of environmental hazards—and increasingly, its focus on the inequitable access provided to environmental goods like open space and parks. But the grassroots conservation movement also works to remedy an inequitable relationship: between our human communities and the non-human world. As we consume a greater share of the world’s finite resources, less remains for the plants and animals around us, driving thousands of species to the brink of extinction. While the moral consideration we owe to each other may be different in kind and scope to what we owe to other forms of life, in both cases the gap between what our moral foundation suggests we should do and how we actually act leaves us with a culturally isolated and biologically impoverished world.

The Wild Equity Institute’s purpose is to unite these movements into a powerful force that creates a healthy and sustainable global community for all. We accomplish this by working on projects that highlight and redress the inequitable relationships across our human communities while improving our relationship to the lands in which we live. In that sense, those who focus on equity-–inter-species equity on the one hand, and intra-species equity on the other-–are really part of single movement, regardless of whether their day-to-day work is focused on NOx emissions or invasive plants (and even those are interlinked, science now tells us).

In that sense, Dave Forman, who is one of country’s greatest ethical conservationists, has more in common with the late Luke Cole (the founder of the Center on Race, Poverty, & the Environment) than he does with Peter Kareiva (the Chief Scientist at the Nature Conservancy) who is currently attempting to obliterate conservation as we know it based on utilitarian arguments. Dave Forman and Peter Kareiva cannot be reconciled into one movement: even though both ostensibly are attempting to conserve wildlife. But Dave and Luke, on the other hand, could be reconciled into one movement—even though Forman focuses on wildlife and Cole on human-life—because at base they have the same moral foundation.

The dichotomy between wildlife-people and people-people is unhelpful both because it prevents us from engaging allies and building power, and because it adds confusion to an area of our work that desperately needs clarity. It needs clarity because if we don’t know how and why we stand together, our efforts to address the systemic, cross-cutting threats facing people and the planet will likely be disjointed, slow, and rupture alliances. By drawing on our moral imperative, rather than the object upon which our movement is focused, the Wild Equity Institute believes we can avoid this outcome. Because our ethical foundation is where our commonality can be demonstrated most clearly, and from there we can build a more powerful movement for people and the plants and animals that accompany us on Earth.

Become a Monthly Donor to the Wild Equity Institute